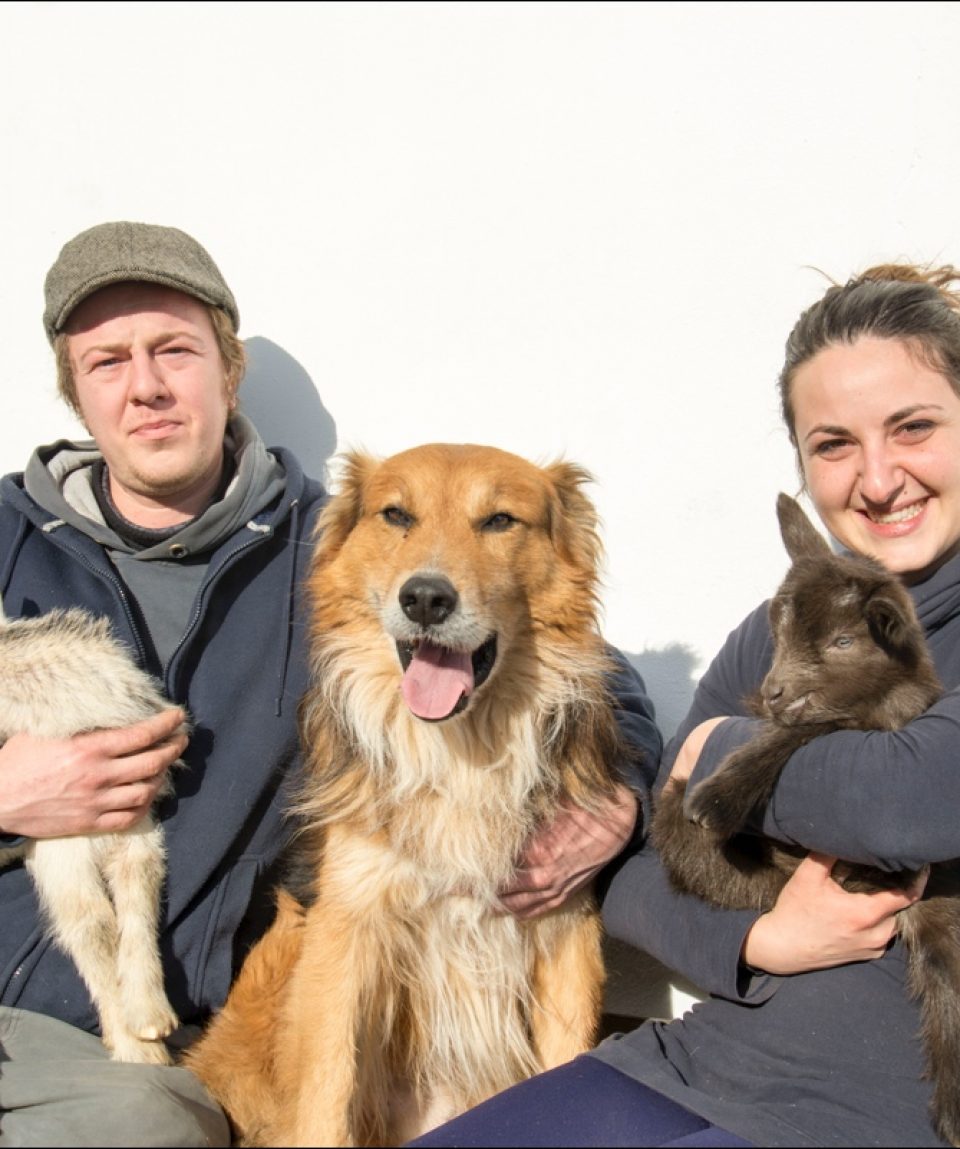 All about the The shepherd’s farm – La tenuta del Pastur.

But what do they do? They make goat cheese with the milk of their goats, of three different breeds: roccaverano, camosciata, and alpine. Only between April and December, to leave their animals with plenty of milk to feed the newborns between January and April. They feed from the bottle only the cubs that have been abandoned by their mother because they were not perfectly healthy.

Another member of the family is Lucky, a magnificent shepherd dog, always ready for a close-up, and equally comfortable shepherding the goats or by the side of his human friends. Whenever the weather permits, Lorenzo and Lucky will pasture the flock.

You can buy their cheese at the farm in Ottiglio or at the farmers’ markets. They specialized in robiole, caprini, tome, stracchino, and yogurt. By appointment, they offer tastings between April and December.